on March 01, 2015
I love music. I particularly love live music (who remembers that!) I worship the Happy Mondays and can trace most of the best moments of my life back to them or their songs but one of their recent tweets about 'Wrote for Luck' being inspired by a Kate Bush song pissed me right off! A couple of years back when everyone got excited on the social networks about her touring again after something like a thousand years I was just non-plussed at this fucker coming back into my life. In fact that's not the right word but I don't think there is one for bitterness combined with historic anger, humiliation and a ten year olds first experience of being let down.
Let me explain before the trolls start yelling for attention. My primary school was selected to be the audience on 'Razzamatazz' back in the days of only three channels and a 50p slot on the back of your telly (no? Just us?) things like this didn't happen often to an unremarkable working class school populated by the council estate kids from all around it in the '70s. Those of us actually selected to go bigged it right up to our under-performing, truanting and downright naughty classmates. 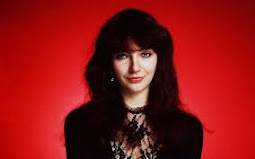 So after many weeks of one-upmanship the great day arrived and we were shuttled to the mighty Tyne-Tees studios to meet a genuine A-list celeb, oh how we preened and postured to our unfortunate classmates as the bottom of the range bus coughed its way out of the yard. Our excitement was dashed however when word filtered round upon our arrival that Miss Bush simply couldnt be arsed to travel to the frozen North.

"Not to worry," said my mate big Deka, "there's bound to be someone else good on and if I win the top twenty singles in the competition you can have the Boris Gardner one."

Smashing. We couldn't afford a record player but still a nice touch from the big lad.
Except...Deka wasn't even in the competition and Kate's replacement was someone that left me with a sinking feeling when contemplating my left behind classmates the next day.

"Now children, Kate Bush sadly can't be here today but instead we've got a great replacement..."
"It'll be The Jam."
"Nah man, It's probably The Sex Pistols."
"I hope it's Roxy Music me."
"No children, it's better than that - we've got Bucks Fizz! Hooray."
Oh for fucks sake.

So instead of 'Wuthering Heights' we got a badly mimed rendition of 'Making Your Mind Up' (I wasn't even old enough to appreciate the skirts being ripped off!) and I got a complex about KB that lasts to this day.

I gave her tour a miss in case you were wondering.