I've been looking back over some of the stuff I've written over the years with a view to putting together a book of short stuff (might even go mad and call it something like 'Radgepacket'...hey ho...) and I thought you might like a taster. Have a read and let me know what you think. 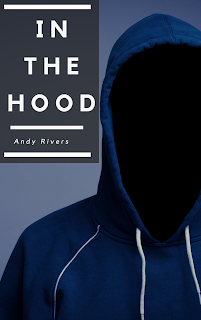 Right then kid, you wanna know the truth do yer? Well it’s about time some fucker got my side of the story anyway. Make sure that thing’s turned on mind son, you’ve only bought enough beer for me to do this the once.

So here we go then, back to the beginning like.

It was a sunny morning on giro day a few months back and I was doing me usual prowl round the estate…aye kid, the Forest Estate…when Porky, one of the Hogg triplets, shouts at us out of his winder.

‘Hoo Wolfie, have you seen that bird hanging round the old folks home doon the way?’

Whey I hadn’t but let’s face it any lass that’s hanging round a place like that’s ganna be a bit past their sell by date aren’t they? So with that in mind I just blanked him.

I didn’t really get on with him or his brothers anyway. Do you know them fuckers had the cheek to accuse me of trying to get them out their houses so some demolition firm could develop the land. What really happened was…nah hold on, that’s another story.

Anyway, the fat swine shouts again saying she’s a bit fit and she’s only down there visiting her granny. So obviously the old ears prick up and I’m straight down there. He was right an all mind, fit as a butcher’s dog she was, wearing a red mini dress that just about covered her credentials and with a cleavage you could park a bike in man.

So I just steamed straight in there – they don’t call me the wolf for nowt you kna – and she was up for it an all. Next thing you know we’re up the alley by the home and she’s pulled out some raspberry coloured blob and told us to put it on. Now I remember that bit distinctly but no-one believes us do they. They all reckon I’m the father of her kid and because of that she can’t go to work no more. As her pimp is Peter fucking Huntsman then I’m right in the shit now.

He’s meant to be looking for us with an axe, fucking nutter he is an all. I didn’t even know she was a pro – she didn’t charge us or nowt – but it’s still me in the frame. You’ve got to believe us son, I remember the blob so that’s how I know they cannit be my kids – fuck me man she even had a name for it, called it her ‘little red riding hood’.

Anyway, fuck it, get the bevvies in again and I’ll tell you a little rumour I’ve heard about them German smackheads Hansel and Gretel from down Gingerbread lane.

‘Jackie, same again – my mate Hans is getting them.’ 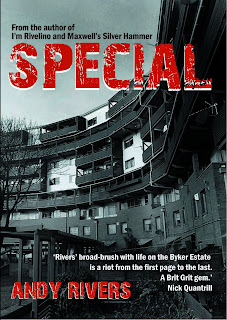